Tiger Shroff is a star kid who has made a tremendous entry in Bollywood. Tiger Shroff has received a lot of praise from his fans for making a solid entry in his first film. He has everything an actor needs to succeed in the Bollywood world. He has the company of his father Jackie Shroff, a beautiful face, and a sculpted body.

He looks like a gentleman. He is such an incredible dancer that girls fall in love with him and young boys want to be just like him. Tiger Shroff’s first film Heropanti was a big hit at the box office, which increased his fan following.

Tiger Shroff is an Indian fight actor, dancer, martial artist, and singer known for his work in the Indian Cinema. Tiger made his film debut with Sajid Nadiadwala’s Heropanti, one of the biggest hits of 2014.

What is the name of Tiger Shroff’s mother and what is her profession?

Only people know more about Tiger’s personal life that his father Jackie Shroff only works in films. But this is actually a partial truth. Tiger’s mother also whose name is Ayesha Dutt. Who is a film producer by profession? Since childhood, he was interested in films only, and the desire to maintain his father’s business and the name also helped him grow further in Bollywood.

Shroff was born on 2 March 1990 in the city of Mumbai, Maharashtra to Jackie Shroff (Actor) and mother Ayesha Dutt (Producer), and Sister Krishna Shroff is also a producer by profession.

Tiger is crazy about Hrithik Roshan’s acting and body and from the beginning had a dream of becoming a successful actor like him.

Shroff did his childhood studies at Besant Montessori School Juhu Mumbai followed by the American School of Bombay which is also in Mumbai.

After this, he went to the Amity University of Noida to pursue further education but could not complete his studies due to his interest in studies.

We have shown the list of all the upcoming films of Tiger Shroff in the table below so that you can easily get information about each of his upcoming films.

Here, for your ease, we have tried to give all the information related to Tiger through a table. So that you can know more about Tiger Shroff.

With the success of Tiger’s film Heropanti, many films, as well as many awards, fell in his lap in 2014. He was awarded Stardust’s Super Star of Tomorrow, Big Star Entertainment’s Most Entertaining Actor, and Star Guild’s Best Male Debut. In 2015, Tiger received IIFA’s Star Debut of the Year and Life OK Screen’s Most Promising Newcomer award. In the same year, he was nominated in the Best Debut Male category of Filmfare.

Tiger made his debut film Heropanti which was directed by Sajid Nadiadwala when he was only 23 years old. Actor Tiger Shroff, who started his career with Heropanti, is just 32 years old. And his total movable assets are 50cr. 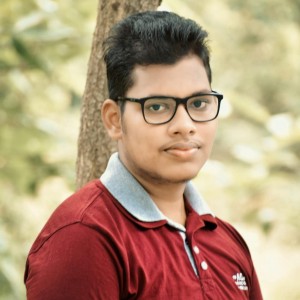 Manas Ranjan is the founder and CEO of India starz. I am also a content writer. I love to write SEO-optimized content that's rank higher on Google also loved to provide peoples with value. I also do affiliate marketing and am a small investor.
All Posts